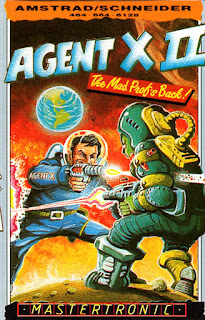 Published by Mastertronic in 1987.


The unexpectedly formed Mastertronic trilogy for May ends with a game I used to love as a young gamer, and made me not only acknowledge the existence of a game music composer by the name of Timothy Follin, but also made me into a big fan of his work. But I grew up with the C64 version, and I have never actually even as much as tried out the other two versions of the game, so this shall be yet another learning experience. What I have learned already, is that the makers of the Spectrum-exclusive original Agent X game, the Tatlock brothers, are also largely responsible for the other two versions, so I'm expecting great differences here.


Here's a little special presentation for you that I managed to build during the last three days. Before this week, I had never actually tried out an Odyssey² or its European version for real - only on emulators, and very limitedly so. Thanks to a friend of mine, who borrowed his composite-modified G7000 to me, and who is credited in the video, I finally got to experience this machine for real.

Apart from that, I would also like to remind you, to keep yourselves updated on my other videos, click on the Videos link at the top menu. New videos get dropped there about two or three times a month, but you can also subscribe to the FRGCB YouTube channel to keep yourselves up to date. Thanks for watching. 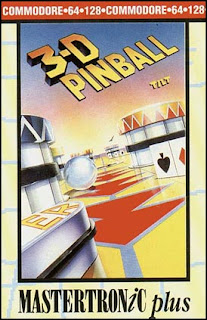 Written by Stephen Walters for the Commodore 64.

Converted for the Sinclair ZX Spectrum by Magdic Davor for Active Magic.

Converted for the Amstrad CPC by Bernardin Katic for Active Magic.


This month seems to have leaned towards Mastertronic games rather unexpectedly, even though the idea was just to write about two or three genres that haven't had much exposure at FRGCB. This time, I managed to dig up a suitable pinball game I hadn't really had much of experience with: Pinball Power, also known as 3-D Pinball, due to its title in the cover art. 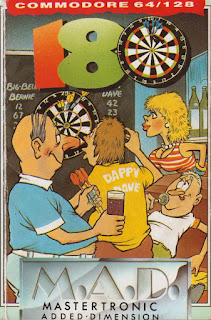 Amstrad CPC programmer hasn't been documented.
Neither has the sound programmer for the MSX version.

Published by Mastertronic Added Dimension in 1986, except the MSX version published in 1987.


To my recent shocking discovery and horror, I noticed an utter lack of comparisons of games in the numeric part of the alphabet, so I decided to pick one that I knew well at least on one machine. To my surprise and delight, I found that this game, One Hundred and Eighty from Mastertronic, was released on all the 8-bit platforms that ever really mattered in these 8-bit wars. Not that I recall this particular game ever being a huge part of that battle, but it's interesting to find 180! is one of the few that was released on C64, Spectrum, MSX, Amstrad and the Atari computers.