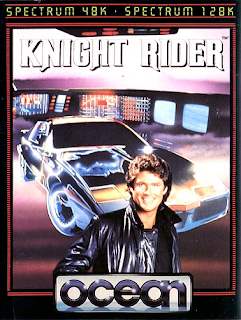 All versions published by Ocean Software in 1986.


Disastrous games based on TV shows were a vogue thing in the 80's, and FRGCB has already touched the subject with Elite's Dukes of Hazzard and the Fall Guy some time ago. Since I apparently didn't learn from that mistake, I decided to attempt tackling at least one of Ocean Software's offerings in the same vein. Out of a few good candidates, such as Miami Vice, It's A Knockout and Roland's Rat Race, I decided to go for the fantastically horrendous Knight Rider, because firstly, it epitomizes everything that was wrong with the idea of trying to turn an exciting TV-show into a computer game, and secondly, it's the only one of the lot, which actually offended me even as a young kid, since I was a fan of the show, as well as most of Ocean's offerings that I knew of. Thirdly, it allows me to speak of two other Knight Rider games in the same context. 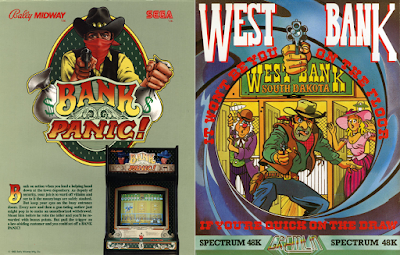