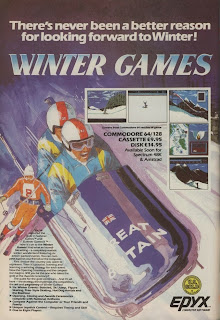 In Part 1, we took a deep look at all the 12 versions' events and playability, leaving us to deal with graphics and sounds, and calculating the overall scores. With this entry, I will wish you a very happy Christmas or whatever you might be celebrating at this time of year, if anything, and best wishes for a better year in 2014! But now, let's try to bring this one to a conclusion... 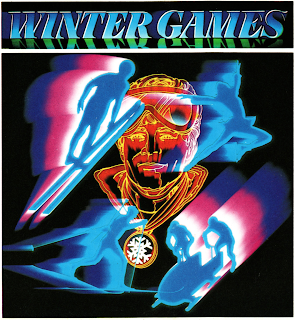 Also converted for the Apple ][ Game System and Macintosh computers, but I couldn't find any game files or information for this entry, so no information on those. A version for the Sega Master System was also in the works, and was advertised, but was never released. A prototype is rumoured to exist, but hasn't been recovered yet, so can not be tested. 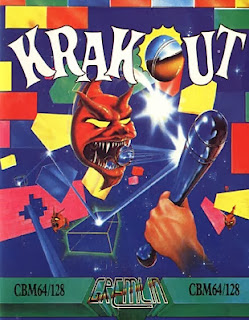 
After having done a comparison on Batty a couple of months ago, I have had a few people suggest that I do a comparison on Krakout, another good variation on the breakout theme. So, while I'm working on something bigger simultaneously, I figured that I might as well write a comparison on Krakout now to clear out some of the requests. Clearly, this game has its own fan base, perhaps even more so than Batty ever had, for whatever reasons.

Strangely, closest to my own opinion on this game can be found at CPC Game Reviews, having received a rather average 6 out of 10. All the other ratings are better, next one being 4 stars out of 5 from 24 votes at Generation MSX, and just a tad better with a score of 8.05, the C64 version as voted by 128 Lemon64 voters, placing the version at #81 in their Top 100 (basing the list on at least 100 votes). World of Spectrum users have so far given their version 87 votes, giving it a score of 8.23, being the highest rated official version. The unofficial Plus/4 version only has 10 votes at the Plus/4 World website, but has a score of 8.6, which makes me really want to try it out now. All the other conversions listed above don't seem to have much of ratings or reviews anywhere, so onwards to the comparison then...

**UPDATE, 12th of September, 2016**
This entry is under some heavy updating, so if you happen to be reading this, be advised of any possible inconsistencies until the entry is finished and this notice is removed. (Left to update: Sounds and Overall sections.)

Since my blog has the arrogance to call itself "Finnish Retro Game Comparison Blog", I might as well write a quick retrospective of the blog so far on the Finnish independence day. This post is basically just a list of all the games so far featured on the blog, so if you have read everything so far, I thank you for that very much indeed, and you don't really need to take a look at this list, unless you really like lists. 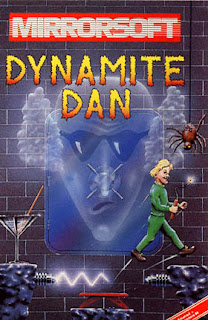 
It is time to write about another game that is more regarded as a cult favourite than a real classic. Granted, the basic game mechanics are very clearly copied from Jet Set Willy and the likes, so there is not all that much different to recommend itself. But regardless of the small amount of originality, I happen to like Dynamite Dan more than Jet Set Willy, most likely due to it being slightly more possible to complete - which I never did, without a cheat mode, that is.

At our favourite haunts, Dynamite Dan has earned a reasonably good reputation. At World of Spectrum, it has a score of 8.39 from 120 votes, placing it at #42 in their Top 100. Not too far behind, 28 Lemon64 voters have given it a 7.4. Generation MSX has given it a fairly good 3 out of 5 stars, and CPC Game Reviews website has given it an 8 out of 10. Additionally, the game was awarded the best platform game of the year according to the readers of the Crash magazine, and in 2004, the original ZX Spectrum version was voted the 24th best game of all time in a special issue of Your Sinclair magazine. Let's see how they really compare, then.