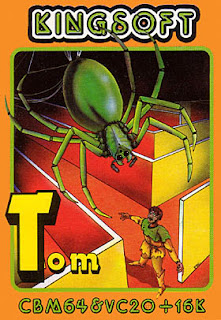 
I was called on to write something special for the RESET magazine celebrating its 10th issue an unexpectedly great elongation of a while ago, so I decided to choose something truly special. As the magazine specializes in all matters related to Commodore, contrary to previous occasions, this time I thought it would be a nice change seeing three Commodore machines put against each other in one man's battle to get in grips with each Commodore machine's difficulties in coding. This article was originally prepared about 11 months ago, and it was finally published a couple of weeks ago - but I have to say, the wait was well worth it! Go and order yourself a copy of the magazine from Binary Zone Interactive Retrostore, or if you're cheap, check the fantastic new layout from the free pdf version once it gets released on the RESET website. Now, back to the point. As I guess we all Commodore fans might agree, it's an almost universally acknowledged fact, that the C16 version rewrite is the best one, but in case you haven't read the RESET article already, here's your chance to see what's what, and why. 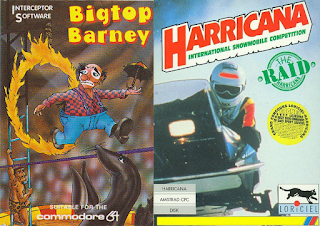 Written by Jason Benham for the Commodore 64, with music by Robert Westgate. Released by Interceptor Software in 1984.

Converted for the Amstrad CPC by Alan Bridgman, with music by Tim Gibson. Published on Interceptor's "Players" budget label in 1986.


If the title doesn't tell you enough, let's elaborate. Back when I was still doing the Unique Games series, I made a few mistaken inclusions, these two games being some of the most glaring ones, but there were a few other games I could still make comparisons of, if anyone's interested. The thing is, though, most of the other games only became available for more platforms in the recent years, and the other two most obvious titles would have been rather obscure games called Illusions and Brain Strainers, both of which I thought felt unique enough, but were revealed not to be exclusive to the Colecovision... but I'll go with these two for now, because they're more interesting on a general basis. 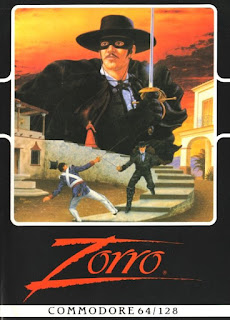 Written by James Garon for the Atari 8-bit computers and Commodore 64 in 1985, with graphics by Kelly Day. Converted for the Apple ][ by Rick Mirsky and James Garon. Music for the C64 version by John A. Fitzpatrick. Released in North America by Datasoft, and in Europe by U.S. Gold in 1985.


This is perhaps going to sound a bit worrisome for some of you, but when I started on this blog, I decided that Bruce Lee and Zorro would be the two "bookend" comparison articles. Well, worry not, because there's still a good few comparisons to come, but this does mark the beginning of the end of FRGCB. There should be enough games on my to-do list at least until the end of this year, and perhaps a little further beyond, and I'm doing Zorro now only because I want the last foreseeable comparison article to be a properly high note. Now, let's get back to the basics, and hope there will be no similar updates to this as they were for Bruce Lee.