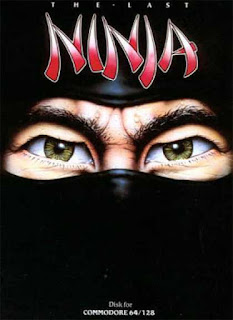 Designed by Mark Cale; Storyboard by Tim Best; Programmed by John Twiddy; Graphics by Hugh Riley;
Music by Ben Daglish and Anthony Lees. Originally released for the Commodore 64 in 1987.

Converted for the Acorn BBC Micro and Electron computers by Peter Scott, and published by Superior Software in 1988.

Remade as "Ninja Remix" for the Commodore Amiga and Atari ST by Eclipse: Programming by Marc Rosocha, Klaus-Peter Plog and Lothar Becks; Graphics by Hugh Riley, Erik Simon and Tim Lange; Music by Jochen Kippel; Published by System 3 in 1990. Originally converted for the Atari ST in 1988 by the same team as "The Last Ninja", but was never officially released as such.

Converted for the Acorn Archimedes by Andrew Catling with music by John Bell, and published by Superior Software in 1992.


Ninjas were in the latter half of the 1980's basically what the Jedi are once again, but there was an advantage to the coolness of ninjas: you could do many movies about them with a tiny budget. It was just a natural continuation from old kung fu movies with Bruce Lee and the likes, to ninja movies with very little known actors. So, with kung fu and karate games having already been made and remade numerous times, it was only natural that game developers moved on to ninjas. After having had such a huge hit game with International Karate, System 3's new ninja game was awaited with as much anticipation in late 1986, as gamers would now wait for a new Bethesda game, be it a sequel to Fallout or the Elder Scrolls. But The Last Ninja was about to be something completely different and, probably most importantly, would bring a notable change to the gaming rivalry dynamics. 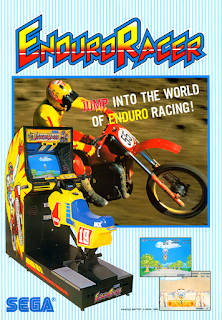 Converted for the Commodore 64 by Doug Anderson* for Icon Design, with music by David Whittaker and graphics by Focus. (*officially credited for Nick "Orlando" Pelling)

Converted for the Amstrad CPC by Mevlut Dinc, with graphics by Focus.

Converted for the Atari ST by Ian Morrison for Giga Games, with music by David Whittaker and graphics by Focus.

Converted for the Sinclair ZX Spectrum by Alan Laird and Ian Morrison for Giga Games, with graphics by Focus.

Published in 1987 for the Amstrad CPC, Atari ST, Commodore 64 and Sinclair ZX Spectrum by Activision.

Also converted and published for the Thomson MO5 and TO8 computers by France Image Logiciels in 1988, but no further credits are known at this time.

Also converted for the Sharp MZ-computers in 1989, but further credits are currently unconfirmed.

Rewritten for the Sega Master System by Sega Enterprises, and released by Sega of America, Inc. in 1987.


Here's a game, which I'm quite certain most retrogamers out there will consider somewhat of a disappointment in most cases, at least when it comes to any of the home conversions. Enduro Racer was basically developed as the dirt version of Sega's previous motorcycle racing game, Hang-On, and utilised either handle bars or a full-sized dirt bike on the cabinet itself. Missing these embellishments would make any of the home conversions feel and look incomplete, but due to its arcade hit status, it had to be ported on as many home computers as possible. In Sega's own stroke of infinite wisdom, the Master System version was developed as a completely different racing game, but most of us fondly remember Enduro Racer as an awkward Hang-On clone.

Updates - The Next Generation: Part MMXVI

Since it's been about one and a half years since my previous entry of updates, it's no wonder that new finds have necessitated another entry of updates, even though I clearly remember having promised that I shall only be updating the required entries whenever necessary. The thing is, I realised that these compiled Updates entries serve as a good reminder for me to do my research more thoroughly, as well as a good notifier for you folks out there to see what sort of information has been added to old entries, or more likely will (or will NOT) be added to them, depending on the nature of the new finds. As usual, proper updates on the original comparisons and other entries will be made after I have posted this one, and found some actual time for updating the old ones. Perhaps it will have to wait until my summer holiday, but whatever. Now, let's get to it. Hopefully, this will truly be the last one I will ever have to make, but I think the opposite seems more likely...