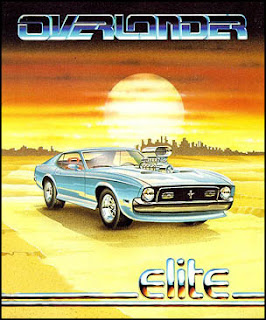 
When I started planning on taking the blog back into regular form, I decided I wanted to do something light and easy, so I decided to take a look at one of my old driving game favourites: Overlander. I remember buying this from some electronics shop in a sale of two tapes for a reduced price, and from the very few choices available, the other choice was Supertrux, because I didn't know anything about it - as opposed to knowing all the other games were useless. Anyway, judging by the information on the regular websites - Lemon64, CPC-Power and World of Spectrum, it looked to be just a regular threesome. But of course, things have a tendency to get more difficult when you least expect them to. This one just had to have two 16-bit versions as well, and naturally, in addition to the traditional three-way 8-bit battle, we would also have the other traditional 16-bit battle on our hands. Since the Atari ST and Commodore Amiga versions aren't too well known, this is a good opportunity to get to know them better, in case the game's 8-bit versions offer no surprises. 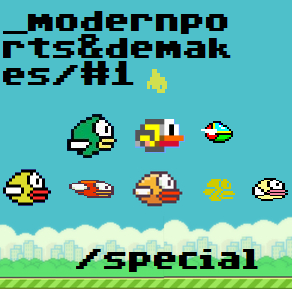 This summer's series of special entries continues with a variation on a theme, which we have previously touched upon: games from more modern platforms for older systems. Simply put, "demade" games - devolved remakes. If you have not the faintest idea of what demakes characteristically are, the idea is to getting something of the essence of the games into a more restrictive platform, usually dropping some of the more consuming elements from the game and just get all the most characteristic elements included. Sometimes, though, they manage to be surprisingly close to the original, and fortunately, many of the more current demakes are as impressive as they are improbable. Some of the games on this list are still, or have been left unfinished, in a promising development stage, but most of the games featured here are finished demakes for our favourite 8-bit and 16-bit systems. Due to unexpected PC power supply blowing up -related circumstances, I couldn't quite get this finished before the end of July, so perhaps this will make August have more entries.