Bomberman - the origins and variations 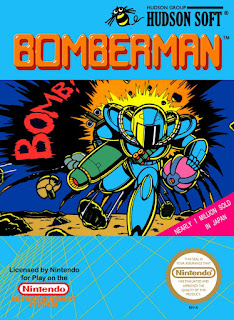 While I was working on the remakes and demakes entry a while back, I considered including the various brilliant Bomberman (or Bomber Man, as it is sometimes written) clones made for various old platforms in the recent years, but it didn't take too long for me to realize, that it's too big of a subject to talk about in passing. In truth, I have wanted to talk about the Bomberman series throughout the blog's history, and the subject has been often requested as well, but without limiting the area to a certain number of games or anything of the sort, it would be impossible to do just one article on it. So, only by modifying the idea from my earlier article on Paratroopers - its origins and variations (from 3 and a half years ago!), I can finally have the chance to talk about not only the original series, but also the numerous latter-time unofficial ports that are otherwise impossible to mention anywhere. Hold on to your helmets! 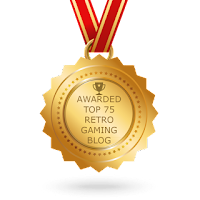 Well, how about that! Looks like my pesky little blog has been included into the Top 75 Retro Gaming Blogs list at Feedspot. Click on the award on the right panel just below my contact gadget to see the full Top 75. FRGCB was at number 57 this week, which I thought was surprisingly high. But hey, thanks for the support!
Posted by FRGCB Dude at 07:55 2 comments: 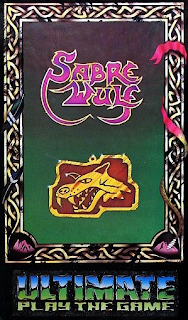 
In the last few years, the retro game developing scene has come forth in finally bringing out old Spectrum classic from Ultimate Play The Game (most notably games by the Stamper brothers) to machines that didn't previously have official conversions of such games as Knight Lore and Alien 8 for the 8-bit Atari computers, Pentagram and Gunfright for various Commodore machines, the already pointed-out (in credits) unofficial conversions of Sabre Wulf, and the most recently, Cookie for the C64.