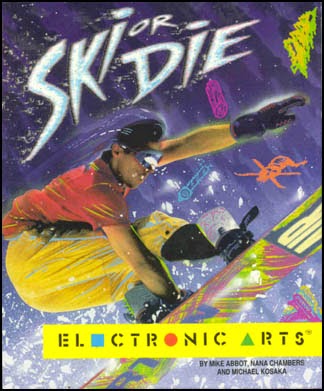 Converted for the Nintendo Entertainment System by Konami, and released by Ultra in the US in February 1991, and in Europe in October 1991.


Instead of finishing off this year's Christmas season with a traditional Epyx sports title, I decided to go for something slightly lighter. Ski or Die from Electronic Arts still keeps the tradition within the winter sports theme, but it has less events than any of the Epyx multi-event sports games, and this one was only ever released for four platforms, in contrast to, for example, Winter Games' twelve. But strangely enough, Ski or Die does have some old Epyx blood in it: Michael Kosaka was involved in the making of Summer Games II and World Games before co-designing Ski or Die. 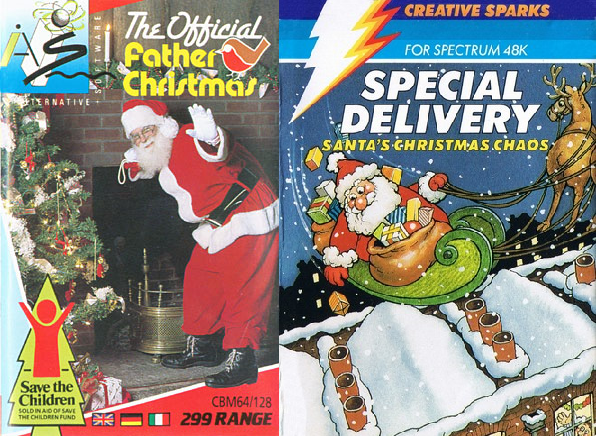 For this year's Christmas season, I wanted to do something properly thematic, instead of just making a huge comparison on a winter-themed sports game, so I decided to make two Christmas-themed special entries. You might have read the first one already, but in case you missed it, you can read it here. But today's entry is a Two-for-One Christmas-themed special, naturally featuring two Christmas games under the magnifying glass. While it can't be said that Christmas-themed games ever were very special in gameplay or anything, it is difficult to find anything of this sort to make a comparison of. So in that sense, I was lucky enough to notice that there actually are some Christmas games that were possible to make comparisons of. So whether you like it or not, here we go... 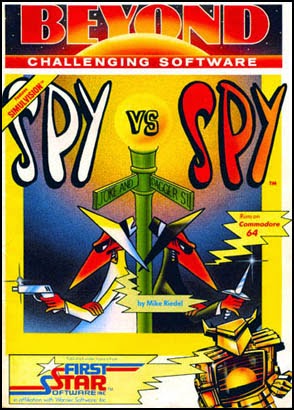 The year's final properly big entry comes a bit early, and isn't even seasonally thematic. I went for the big one now, so that I would have more time to prepare for the final entries of the year, because I will be too busy on the Christmas week with other things. So, this foreword is for giving you a bit of a warning, that you're in for a properly huge entry this time - the biggest single entry I have done so far, so grab a bucket of coffee and prepare for a long ride. Also, for those of you with slower internet connections, this entry is rather heavy in graphics.

Also released by Beyond in Europe and Avantage in America in 1984. 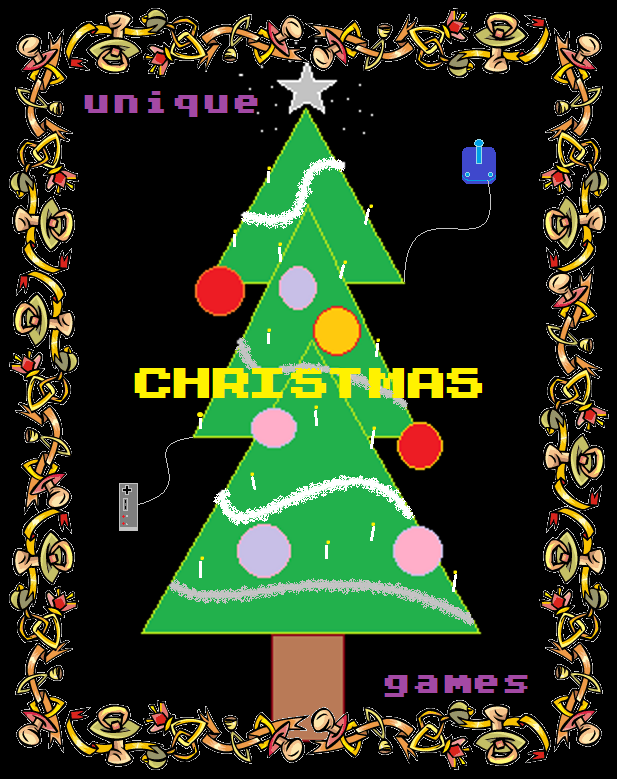 Yes, I'm getting a bit predictable with my season themed list entries, but since we didn't have much of properly Christmas-y games under the glass last year, I thought I would make up for it this year. Hopefully, this will be of some interest to at least some of you. Although this is supposed to be part of the Unique Games series, I decided to leave the "Unique" bit for even less focus than usual, because there are so few Christmas themed games out there, where the word would actually fit the description in any way. For those of you waiting for some proper entries in the Unique Games series, I promise to get back to the good stuff after the New Year. But for now, hang on to your elf costumes, or whatever you're wearing, and jump on board for the sleigh ride...

Written by anjuel & na_th_an of The Mojon Twins. First released for the ZX Spectrum 128k. Credits more or less as they appear on the Mojon Twins website: 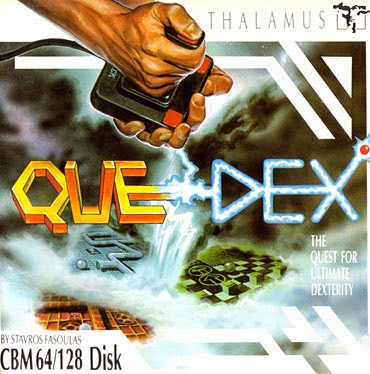 Designed and written by Stavros Fasoulas for the Commodore 64, with music by Matt Gray and title screen by Paul "Dokk" Docherty. Released in 1988 as "Mindroll" in the United States through Epyx.

As Mindroll, Quedex was converted and released worldwide through Epyx and Thalamus for:


Seeing as it is now the 6th of December, the Finnish Independence Day, it's only suitable to feature something to support the Finnishness of this blog, and what could be more suitable than a comparison of a Finnish game. There aren't too many Finnish retro games that I can do a proper comparison about, so here's one of the very rare specimen: Quedex - The Quest for Ultimate Dexterity, as it is subtitled in the original cover inlay. And apparently, it's pronounced "cue-dex", not "kweddex". (Source: ACE magazine, issue #1)