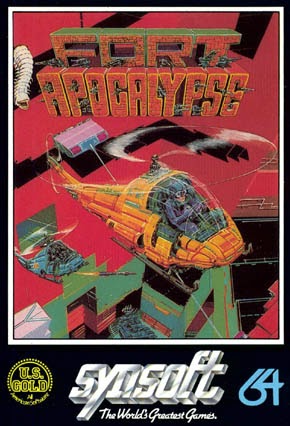 Written by Steve Hales for the Atari 8-bit computers.
Converted by Joe Vierra for the Commodore 64.

A conversion was made for the ZX Spectrum, but was never released.

Synapse's Fort Apocalypse is usually cited as one of the first games that most people who started playing computer games in their youth have told me. Not necessarily THE first, but still, closely related to their earliest gaming experiences. It wasn't so in my case. I never really properly learned to understand the impact it so clearly had, because I came from a different place and time, and my first experiences on the C64 and Atari were much more impressive, having gotten into gaming a bit later than most of my friends. Based on the only review I could find, even the press wasn't that impressed with the game when it came out - Electronic Fun magazine gave it a 1.5 out of 4 in their August 1983 issue (source: Atarimania).

Today, however, Fort Apocalypse has a fairly respectable 7.8 out of 10 at Atarimania from 783 votes, and at Lemon64, it has an even more impressive 8.3 from 127 votes, placing it at #81 in the top list. Even Steve Hales himself said in an interview by James Hague (also sourced from Atarimania), that people knew the game better from the C64. So it is an interesting starting point for a comparison, when the original version has a slightly lower score. For those of you who have already read the original Format Wars article this comparison was released as in the most recent RESET magazine, this will offer very little new, apart from some different screenshots, so there is no real reason to go further. As for the rest of you, click on... 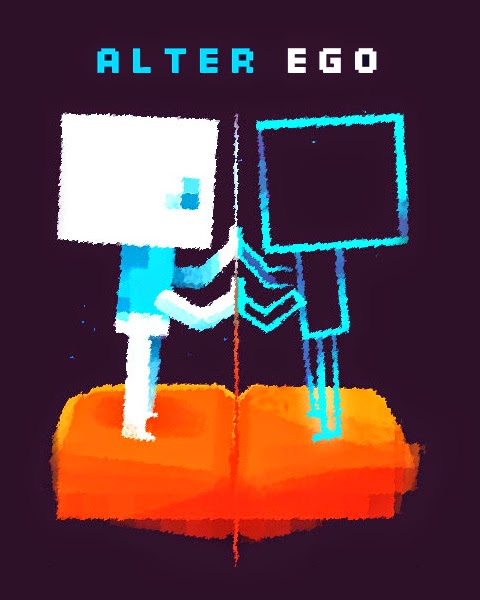 Originally developed for the ZX Spectrum by Denis Grachev.

Converted for the Nintendo Entertainment System by Alex "Shiru" Semenov, with music by Richard "Kulor" Armijo, and released in 2011.

Converted for the MSX computers by GuyveR800 and BiFi of The New Image, and released in 2012 for the MSXdev'11 competition.

Converted for the Commodore 64 by Denis Grachev in 2014.

I hinted on a new series in the last entry, so here it goes. This new series is called New Game Of The Month, or NGOTM in short. In this series, I will be reviewing and comparing a (relatively) current game release for old machines, once a month, but not necessarily EVERY month. Depends on quite a lot of different things. One more thing before I begin - these new game comparisons will not feature those regularly used mathematical score things, and all the scores that can be given, will be dealt with at the very end. Now, let's get this started. 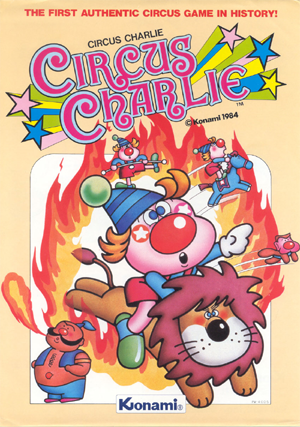 
Like the arcade flyer says, Circus Charlie has long been claimed to be "the first authentic circus game in history!" Well, it's a circus game - that's all the authenticity it perhaps is claiming for, but how would you count it? If you count games like Exidy's Circus from 1977 (a breakout variant), Channel 8's Circus from 1983 (a text adventure) or Funtastic's Big Top from 1983 (a platformer), then it's clearly not the first circus themed game. If you're looking for the first circus themed collection of mini games in the vein of Track & Field, then we're on the right tracks.

Konami, as they did for many genres, once again defined a certain type of a game that would be the one so many other game developers would draw their ideas from, and try to enhance on it. This time, the theme is performance arts under the bigtop. Curiously, it never became that big of a hit as I always wanted to believe it did, but it certainly does have its place in the history of arcade and home video/computer gaming. 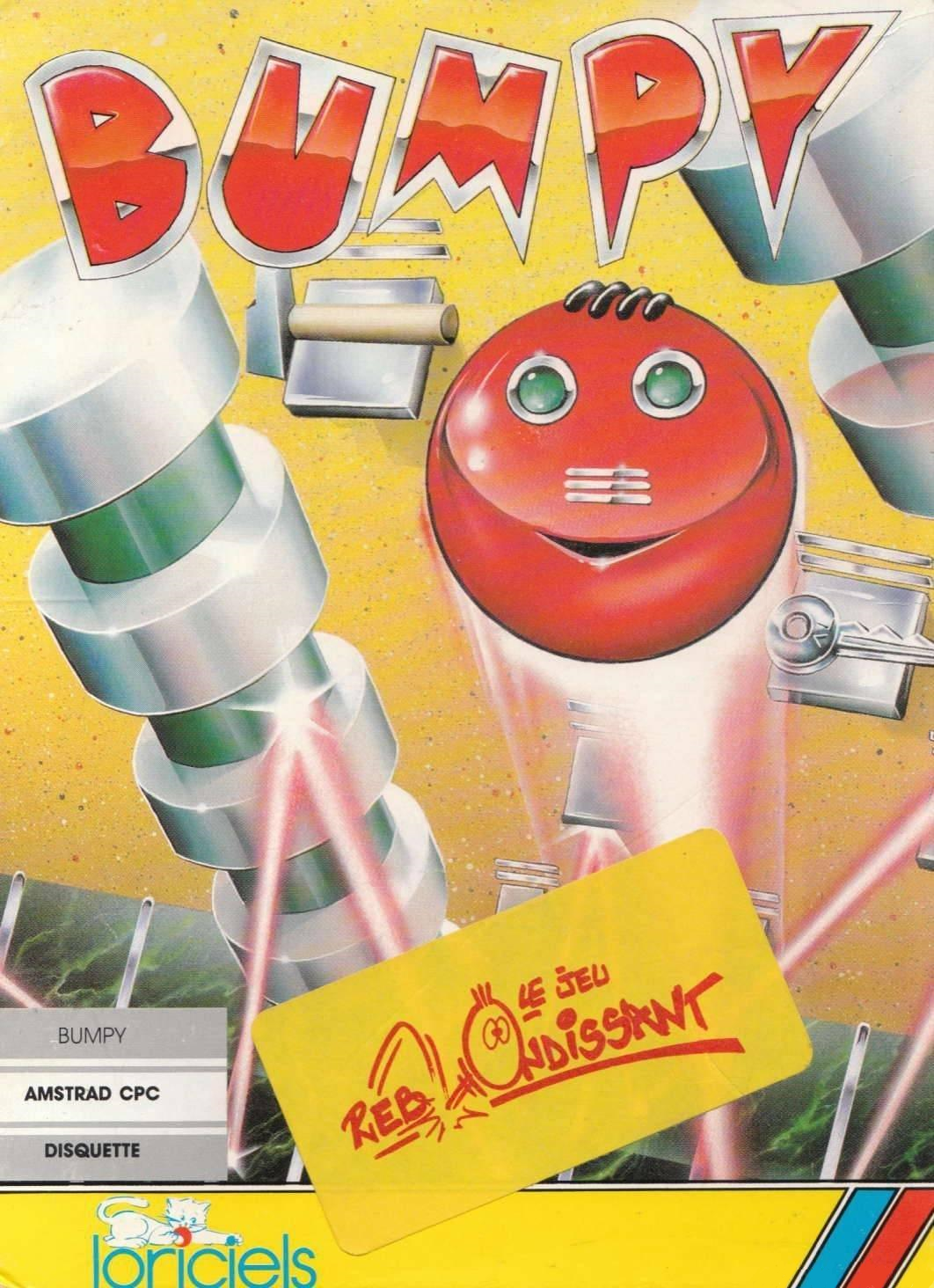 Converted for the Commodore Amiga, Atari ST, Amstrad CPC and IBM-PC compatibles by Fabrice Decroix, with music by François Garofalo, and released as "Pop-Up" through Infogrames in 1990.

Converted by New Frontier and released for the Nintendo Game Boy as "Pop-Up" in Europe in 1991 by Infogrames, and as "Cool Ball" in North America in 1993 by TAKARA. Coding by Zydro, Graphics by Fustor and Sounds by Mcalby.

For the first game comparison after my time off, I have chosen a bit of an oddity, in many ways. For one, it's a rare occasion that we have a game that was originally released for the Amstrad CPC, but at the same time, was never released on the Commodore 64. To be completely honest, I searched for games from the CPC Game Reviews website, which would have a 10 out of 10 score, and pick the game that would seem like the least amount of trouble when writing a comparison. This way, perhaps, the Amstrad population of the world would have something to rejoice about, as the blog has so far been so very unfriendly towards them. As it happens, however, the game had a lot more conversions and reworks out there than at first appeared, and it gets a bit confusing at some point. So, you might have gathered that I knew nothing of the game before I started on this entry.

Hello again! I'm back from my summer holiday, and it's time to start a new year for the Finnish Retro Game Comparison Blog, which officially starts exactly one week from today. In this post, I shall tell you something of my future plans, show some statistics from the first year, and take a brief look at how the blog has evolved from before it was conceived to what it is now. If you feel no reason to read further, no problem, but I'd like to point out to at least of you, who have been requesting for old Finnish games, that you just might want to read a bit further.