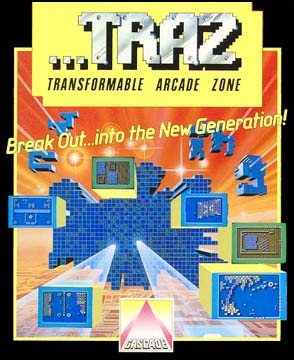 Converted for the ZX Spectrum by Imagitec:
Programming by Nigel Speight
Graphics by Damon Redmond
Music by Nigel Pritchard
Released by Gamebusters in 1989

Also released for the IBM-PC compatibles by Cascade Games in 1989
Conversion credits are currently unknown. 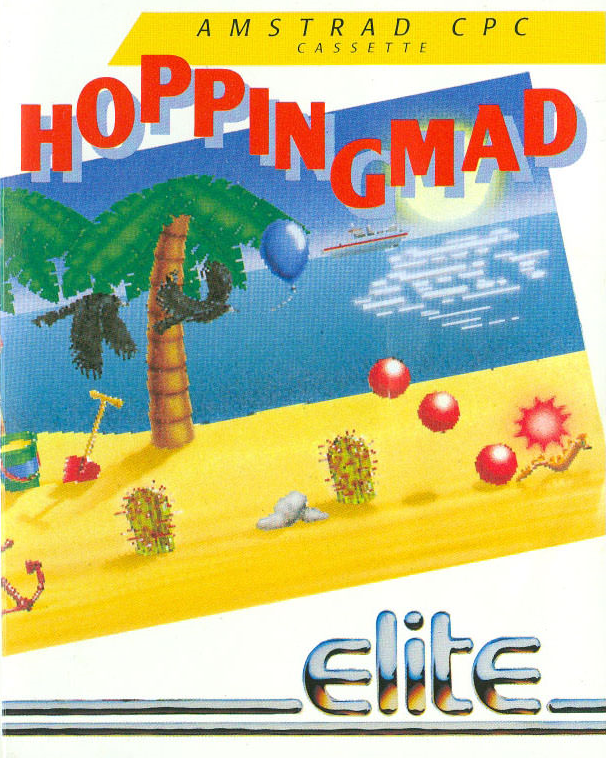 Written by Chris Coupe for the Commodore 64, with music by Mark Cooksey and title screen by Mat Sneap. Converted for the ZX Spectrum and Amstrad CPC by Neil Latarche with graphics by Elizabeth Latarche.

An unreleased conversion/remake was also made for the Nintendo Entertainment System by Mark Crane, with graphics by Steve Beverley and music by Mark Cooksey.


Here's another quickie to fill up the space between the two larger entries. Hoppin' Mad is a nice and quirky little arcade game by Elite, which started its life as Cataball on the Commodore 64 in 1987. Although I do like the name Cataball more, Hoppin' Mad was the title used for all the conversions it got. The reason why I chose this particular entry for now was because I found out about the unreleased NES version, and wanted to write about it. 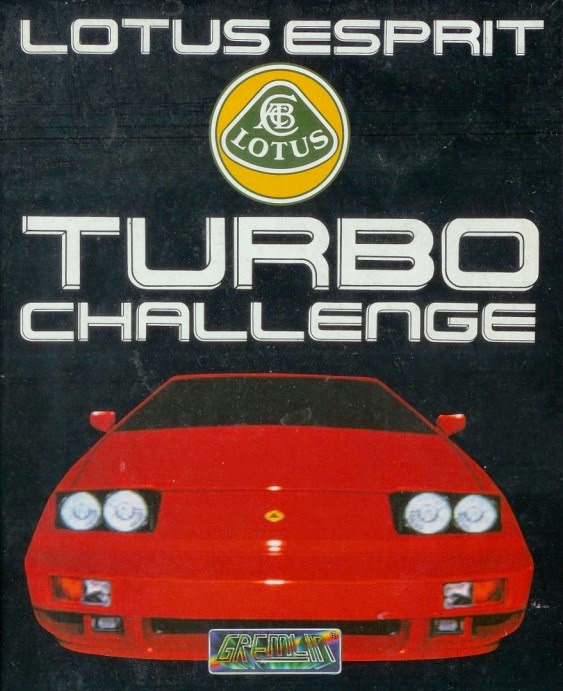 Developed by Magnetic Fields for the Commodore Amiga: code and music by Shaun Southern, with graphics by Andrew Morris.


As we're getting closer to another season of Top Gear, I decided to get into some driving games again. Yes, that means there's going to be at least two of your requests fulfilled within the next few months, one of them being really close to being ready now. But I'll start with a nice little classic Gremlin title from 1990, which at the time gave quite a shot of energy into an old genre. 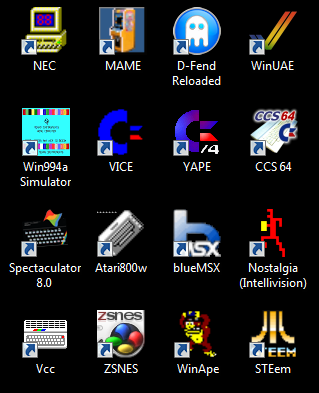 Occasionally, I get some inquiries as to which emulators I would suggest for certain machines, particularly the ones that are not as easy to find. So I decided to do a quick entry on my chosen emulators, and add in a few recommended ones in the mix. I'm aware that there might be more accurate and more optimisable emulators out there, but my criteria for any emulator is simply, the ease of use, and that it works preferably on a 32-bit Windows 7. Sure, it needs to be as accurate as possible at the same time, but being easy to use is the most important thing for me in getting me to actually test any of the machines out even in emulation. So, this one goes out for all you other lazy retro gamers like me, who don't take pleasure in reading manuals too much. ;-) 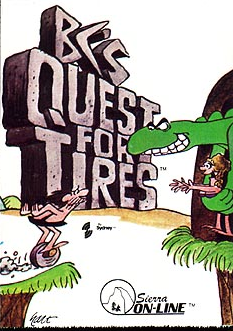 Designed and programmed by Charles Benton for the Atari 8-bits and Commodore 64. Programmed by Rick Banks and MaryLou O'Rourke of Sydney Development for Apple ][, Colecovision and IBM-PC compatibles. Based on the characters from the comic strip "B.C." by Johnny Hart. Original cover art by Johnny Hart.

Converted for the ZX Spectrum by Mike Davies, and released through Software Projects Ltd. in 1984.

Converted for the MSX by N.R. Dick for Interphase Technologies, Inc. and released through Toshiba-EMI Ltd. in 1985.


First in the series of Sydney Development titles based on Johnny Hart's comic strip characters, B.C.'s Quest For Tires has the distinction of being also the first "runner"-type platforming game, currently a more popular genre of gaming than it ever was before with the likes of Canabalt and Temple Run. Also, Quest For Tires also happens to be the only Sierra On-Line game ever to be converted for the ZX Spectrum, so this comparison will be a singular event in that sense. 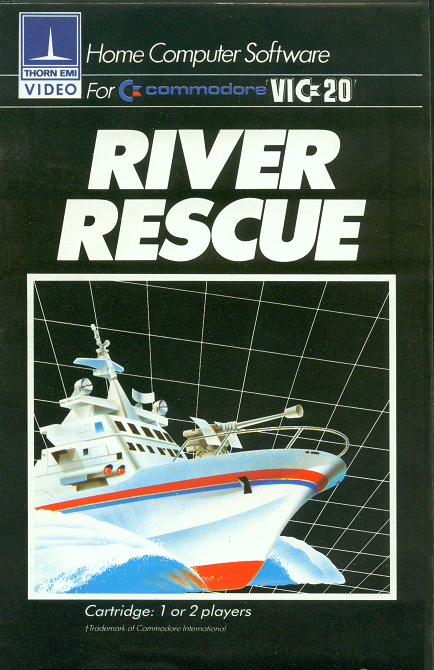 Designed by Jeremy Smith and programmed by Will Kemp. Originally released for the Commodore VIC-20 in 1982.


Without giving too much away regarding the future entries, I decided to do another small one before getting into the spirit of the season. And why not, since it's not so snowy here yet... but yes, winter is coming again. Inevitably.

This game here, River Rescue, was one of my childhood favourites on the ZX Spectrum, even if the gameplay never made much sense to my young mind. Of course, back then, I didn't have the know-how to read English instructions nor the ability to consult any others who knew what the game was all about. Who were you supposed to rescue, anyway? And how? Was there a bigger purpose to this game? It's about time I found out properly. 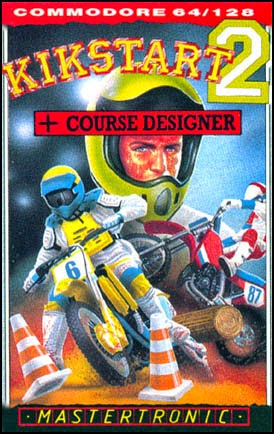 Developed by Mr Chip Software for the Commodore 64: Coding by Shaun Southern, graphics by Andrew Morris, testing by Peter Liggett

Converted by Icon Design for the Commodore Amiga in 1987: Coding by Laurence Vanhelsuwé, graphics by Jon Brennan, music by David Whittaker

Converted by Icon Design for the Amstrad CPC and ZX Spectrum in 1988: Coding by Paul Murray and graphics by Ed Knight


Late in the 1970's, BBC television started showing a series about motorcycle trials called Kick Start. This programme greatly inspired a young programmer by the name of Shaun Southern, who in 1985 made a computer game somewhat based on the concept, and titled it Kikstart, which eventually spawned a sequel. One might wonder, why have I chosen to write only about the sequel to one of the most important budget titles of all time. I could say that the original doesn't have as interesting conversions as this one, but my excuse is really that I never really cared for the original, and I never learned to play it properly. But since I'm not very likely to be doing a proper comparison of the original Kikstart games, I might as well write up about them as another post scriptum after the main subject.