It seems like such a long time ago already, when I made a comparison of Rock Star Ate My Hamster - one of the best known music management games. So I got around thinking, it's about time that I should take a dive into the deep end of this corner of gaming, and take a quicker look at a bunch of other music-based games. Since there wouldn't be much sense in making this into a Unique Games entry, because there aren't that many either unique or exclusive music-themed games around, we're going to have a look at all the music-themed games that I can find within a reasonable time limit, regardless of their platform and style. Whether the games are management simulators, arcade games, action games or whatever, they will be covered here. Without a doubt, some of them will be left out, because my patience for doing research has some limits, but at least most of the games somehow connected to music from before the age of Guitar Hero and Rock Band games will be featured. If you have any more suggestions for this list, please leave a comment at the bottom of the page. (EDIT: The suggested new additions will be added to the bottom of the list in the order they are given.) 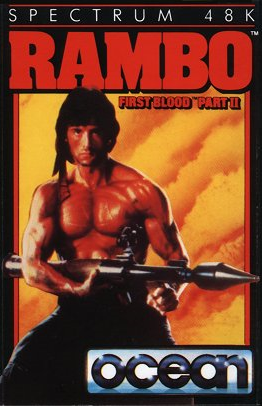 
It's been a long time since I did my first Stallone game comparison, so it's about time I made another one. And this one, I suspect, is one of the more expected ones, because anyone who grew up in the eighties with one of our three main competitors will very likely have played at least one version of Rambo: First Blood Part II - the first game based on the famous Rambo movie series. Some of us have been so fortunate to even having played or owned two different versions of it. The reasons for the game's relatively wide exposure could be more or less dependant on where you lived, but the truth is, Sylvester Stallone was big back then. Really big. Probably even bigger than Schwarzenegger. And the 1980's were the not only the golden age of high voltage action movies, but also the timeframe, during which big game publishing companies were born and movie licences in video and computer games were a fresh novelty. Before Rambo: First Blood Part II, I really cannot think of any bigger budget movie licence games for home computers, apart from Ghostbusters, and now was the time for publishers to spend more money on selling their products. Young gamers who idolized Stallone was an idiot-proof combination, and so Rambo proved to be one of the biggest successes of the year. 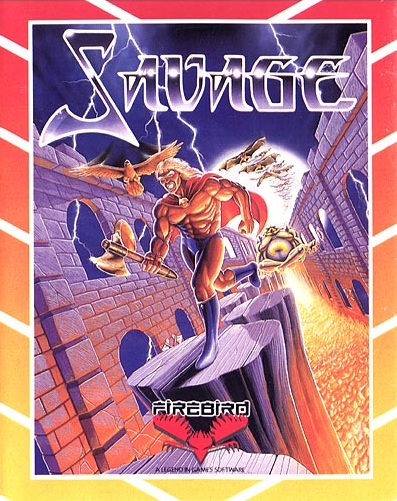 Converted for the Commodore Amiga in 1989: Programming by Chris Long and Tim Moore - Graphics by A. Aquero and Alan Tomkins - Music by Kevin Collier.


The blog is back, and we're starting this shortened month by fulfilling another request to appease the Amstrad folks. Again, we have a Probe game on our hands, and this one started its life apparently on the Amstrad, although some sources like to claim that the Spectrum was the original platform. Whatever the case, both parties seem to think well of the game. I'll be honest: I wasn't very familiar with the game beyond the first level on perhaps two versions, so I knew beforehand that I would be faced with not a little bit of work, but judging by the people that have been involved with the game on different platforms, this seemed like another potentially interesting comparison.