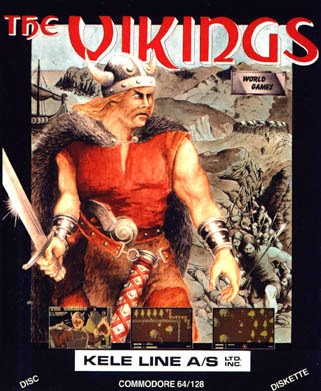 Here's my second piece originally written for the RESET magazine, with slight adjustments to suit the blog format better. Since there aren't all that many particularly interesting games that can be found only on two machines (for making shorter comparison articles), I had to take on a bit of a rarity this time. The origins of Kele Line's The Vikings are rather unknown, as this advert found at World of Spectrum should point out. Although various sources seem to think the C64 version was released in 1987, and the Amstrad version in 1986, both the games have 1986 as the year of copyright, and the clear date of release in each case is unclear. The game was never released on the Spectrum for whatever reason, although it was to be released through Status Software somewhere along the line with the Amstrad version, after the C64 version had already been released.

At the time of release, The Vikings wasn't all that well received, because it was thought of as an outdated copy of Rambo: First Blood Part II, and truthfully, it isn't all too well thought of even currently, but the time has been kinder towards this game than many other games of the genre of the time. At Lemon64, The Vikings has been rated 6.9 with 20 votes, and at CPC Game Reviews, it has gotten a meagre 5 out of 10. So, you can perhaps imagine why I thought this would work quite nicely for my second entry on the very much C64-oriented RESET magazine. 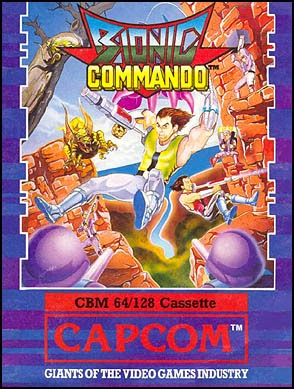 Developed for the arcades by Capcom Co., Ltd., and released originally in Japan as "Top Secret" in 1987.

Conversions for the home computers MOSTLY by Software Creations, and released through Go! in 1988.

Conversions for the IBM-PC compatibles and the US version for the Commodore 64 programmed by
Pacific Dataworks International, and released by Capcom in 1988.

When you're a young gamer, and have your favourite games, you have a tendency to disregard all the other versions of the game in existence, regardless of whether you have even tried them out or not. Since the first time I ever tried out the European version of Bionic Commando on the C64, I had for long been a bit biased towards it, even if I never got very far in it without cheats. A considerable number of years later, I found out that it was a conversion from an arcade game, which, to be honest, was a disappointment when I first tried it out. Of course, the Nintendo version of Bionic Commando was played by my Nintendo-owning friends, who thought it was the superior version. Well, I have to admit after all these years, that it really is the better game, but there's the thing: it's not the same game. 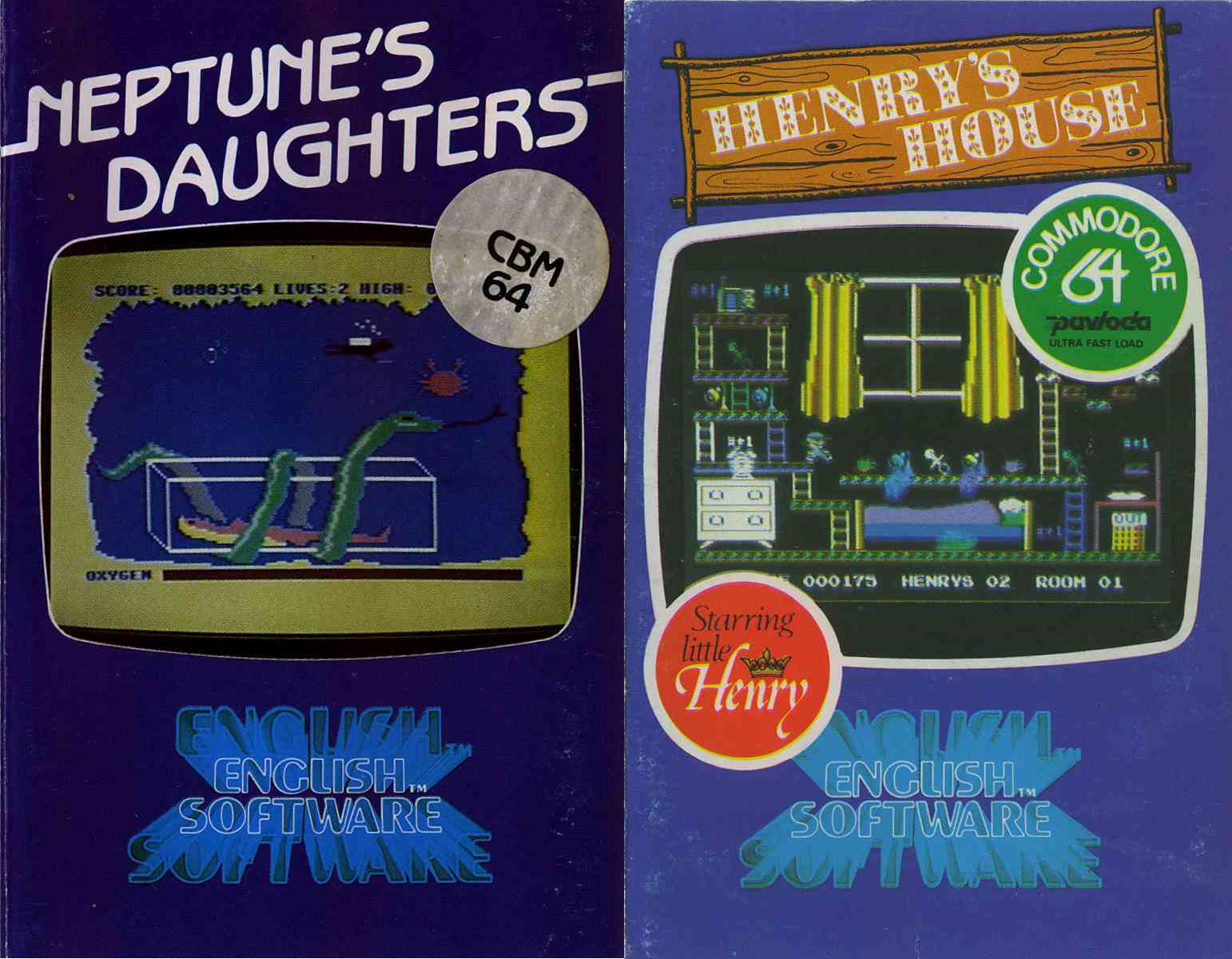 English Software was a software developing and publishing company that didn't last for a very long time, but managed to put out many memorable and quirky titles between 1982 and 1987, most particularly for the Atari 8-bit market. Before they kicked the bucket, Philip Morris, the head of the company, sold the publishing rights of their back catalogue to Mastertronic, which explains the reason why the Atari version of Henry's House, for example, was not released by English Software.

Both of the games under the magnifying glass this time have a fairly similar status in the gaming
history as the previous twofer - well remembered cult classics, but not what anyone would call groundbreaking or even particularly interesting in the long run. What they do have in abundance is old-fashioned charm, warts and all. Now for the ratings from our favourite websites at the time of writing this entry: at Atarimania, Neptune's Daughters has been given a 7.7 by 13 voters, and Henry's
House also has a 7.7, by 493 voters. Lemon64 users have also voted Henry's House for a 7.7 score with 61 votes, while Neptune's Daughters only has a 6.5 from 43 votes, so it appears there is a clear
disadvantage already, at least for the other game. But now that we know what gamers think of them, let us have a look at how do they compare against themselves. 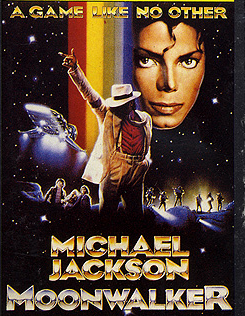 Sega's arcade version designed by Michael Jackson, developed by Sega and Triumph, and released in 1990.

Sega's home console version designed by Kotaro Hayashida based on Michael Jackson's concept, developed by Sega's AM7 department, and released for Master System and Mega Drive (Genesis) in 1990.


It's time for another three-for-one comparison, this time about a set of games that has been talked of plenty of times, and is again based on a movie, as was the previous similar entry. I'm writing this comparison mostly due to the request made quite a while ago by my girlfriend, because she's a Michael Jackson fan, and naturally, she wanted to point out that Moonwalker is the best game in the world. Well, understandably, I am in a bad position to argue about that, but I will admit that some of these versions are rather nice, although I cannot say if any of them have much of connection to the movie, but more about that later. Another reason would be to finish this comparison around the time Michael's second posthumously compiled album "Xscape" has been released worldwide, or at least in most countries. Once again, Michael Jackson's Moonwalker has been featured at Hardcore Gaming 101, but I'm writing this to expand on it. It's all about the details, see. 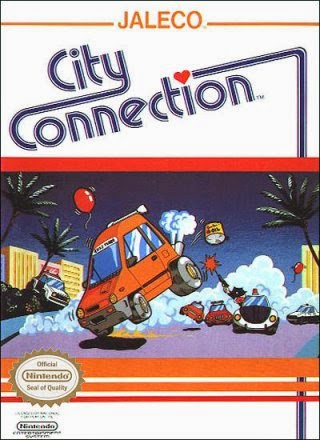 Developed by Axes Art Amuse for the arcades.

Converted for the ZX Spectrum 48k by Manuel Lemos with graphics by Ricardo Pinho and music by Paulo Gordinho. Details of release unknown.

This comparison could be considered somewhat of a sequel to my Road Fighter entry, since both of the games are available on that pirated NES multicart which was mentioned back then, and both of the games shine with their small amount of conversions. The only two official home conversions that are in relatively common knowledge are - again - for the Nintendo and MSX, but surprisingly, a conversion does exist for the 48k Spectrum. Only a .z80 snapshot image of it currently exists in the World of Spectrum archive, which is certainly intriguing... perhaps it was officially unreleased? The Nintendo version never got released in Europe, so the only way we could have ever had a chance to play that version was a Japanese or an American cart on a modded or an original non-regional console. Again, the MSX version is the only one that got as far as Finland, although this time, I don't have it in my collection.

Thanks to Bob for letting me use his original video. =) 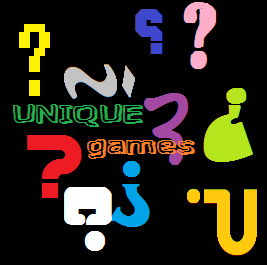 Surprise, surprise! While Lemon64 was out for a longer period of time last month, I also found myself almost forced to work on another set of Unique Games, which frankly compiled up like a breeze, and as such came as a welcome distraction. Some of these games are as questionable as anything for being included here, but all of them should have some proper reason or two for being included. If not exactly unique, then hopefully at least exclusive. So, while you're waiting for the next actual comparison, take a look at another list of rather interesting games.