A History of Finnish Games, Part 3

In part 2, we left off somewhere around 1997 or thereabouts, and were moving towards a more commercial game industry for the PC and console machines. We still have a few surprises to look forward to, and much ground to cover,  because this will be the final entry in my version of such a history lesson. For this occasion, I drew that picture with Crayon Physics Deluxe, which I will talk more about later on in this entry. Of course, if some unexpected new information turns up, I'll make an appendix of sorts later on when I feel like. But for now, let's head on for the turn of the millennium and see what's happening. 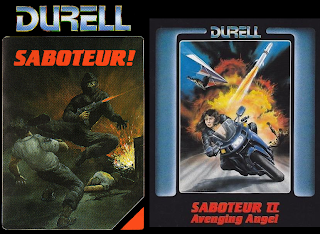 Written by Clive Townsend for the ZX Spectrum. Music for Saboteur II by Rob Hubbard.

Durell's Saboteur! and its slightly less known sequel, fully titled Saboteur II: Avenging Angel, were at their time a rare specimen of espionage themed games. To make the game more alluring to the young customers, you'd play as a ninja and use some limited martial arts skills, as the whole ninja thing was big during the mid 80's. This would later be even further proved by System 3's Last Ninja series, but I think it's safe to say that Saboteur started the development of stealth and espionage games, or at least made a big impact on the theme.

The first Saboteur has a respectable 8.37 score with as many as 373 votes at World of Spectrum, CPC Game Reviews website has given it a 7 out of 10, Lemon64 voters have given it a 6.9 with 83 votes, and the Plus 4 version has another respectable 8.5 out of 10 at Plus4world, although it has only 22 votes.

The sequel has another 8.37 at World of Spectrum, although there's only 266 votes, but this makes both Saboteur games currently sharing the 47th spot in the Top 100 at WoS. Lemon64 rates it 6.6 with 46 votes, and only 6 Plus4world voters have given it 7.5. The only reviews I could find for the Amstrad version were some old magazine cuts that had given it four stars, but that doesn't say much about the current consensus. 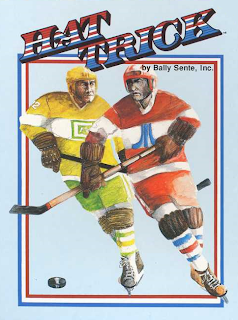 Another one of my favourite games of all time, even though I don't particularly enjoy ice hockey... or perhaps it is so for that exact reason. It's not really ice hockey - it plays sort of like Pong, but not nearly enough to call it a clone. Anyway, it seems a bit too underrated in my mind on every retro gaming website I go to, so I'll give this one a free advertisement space here. Also, it's a relatively quick one to compare.

The original arcade version can easily be found and played on MAME, but I've never seen the actual cabinet, except in pictures on the internet. At MAMEdb.com, it has a rating of 8.73 from 15 votes, so it's not too bad, but not really that well known. It's a bit harder to find ratings for the Atari 7800, since Atarimania doesn't have games for the machine yet, but I found a review at The Atari Times, which gave it an overall 72%. Not too shabby either, but clearly less than brilliant. Lemon64 voters have given it an 8.1 with 60 votes, and the editor at Abandonia gave the DOS version a 4.0 out of 5, while their 532 visitors have given it a score of 3.1. So, what is it about it then, that makes people not too fond of it? 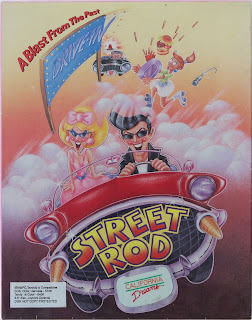 Developed by P.Z. Karen Co. Development Group and Logical Design Work, based on an original concept by Magic Partners. Published by California Dreams for DOS, Commodore Amiga and Commodore 64.

Street Rod has earned its place in gaming history by being the first 3D first-person car racing game with the ability to fix and modify your cars. The creators also had enough sense of style to place it in the year 1963, when rock'n'roll was the hip thing and everyone who was everyone was apparently street racing with their hot rods.

At Lemon Amiga, Street Rod has been rated with a 8.27 score from a total of 74 votes, 49 voters at Lemon64 have given it 8.3, and at Abandonia, 6189 people have rated the PC version an average 3.3, while the editor has given it a 4.0 out of 5. It's not necessarily one of the greatest or most valued games ever, but it certainly has a good cult following, with at least two sequels in the making by indie developers. 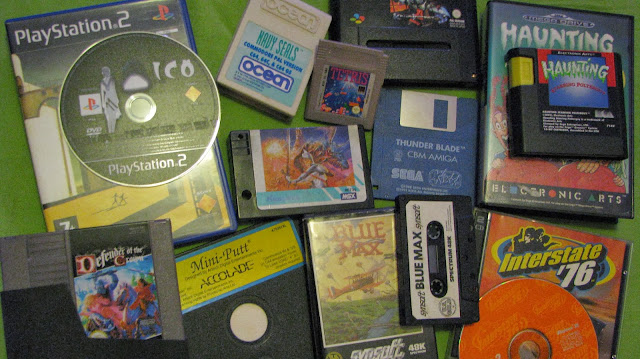 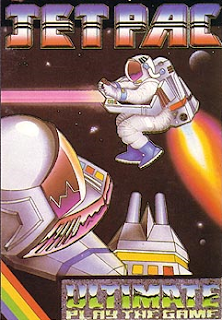 Written by Chris and Tim Stamper for the ZX Spectrum 16k.

Jetpac is in many ways an historic game. For one, it's the first release from Ultimate Play The Game, currently known as Rare. Second, it's the first game ever to be presented the Golden Joystick Award for Game of the Year in 1983. (Additionally, Ultimate caught the prize for being the Software House of the Year.) Somewhat historically in a more questionable way, Jetpac was one of the very few and first titles for the Sinclair machines that didn't get an official conversion for the Commodore 64, likely because they didn't want the Spectrum's "killer app" of the day get ported to the competing machine, but who knows.

In today's retro setting, Jetpac is placed at #31 at World of Spectrum voters' Top 100 list (tied with West Bank, Flying Shark and Abu Simbel Profanation) with a rating of 8.42 with 460 votes. I didn't have much luck finding any top lists for either BBC Micro or VIC-20, but really, for these two machines, you're lucky if you can find anything at all, really. The VIC version seems to be rather kindly spoken of, but the BBC version seems to be such an obscurity that I couldn't find much comments on it. So, as classic as it is on the Spectrum, the two other versions are rarely spoken of, and I intend to try my best at finding out why.