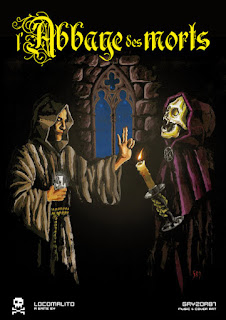 Written by Locomalito, with music, sounds and promo art by Gryzor87. Originally released as freeware for Windows PC's in 2010.

Port for the Sega Megadrive/Genesis:
Programming by Mun/MoonwatcherMD. Graphics by Gerardo Herce, Felipe Monge Corbala, Daniel Nevado and Igor Errazkin. Sounds by Paolo Arus and Manuel Gómez. Cover by Felibe Monge Corbala, Masterklown and Ozar Midrashim. Published digitally at itch.io and as a physical cartridge by PlayOnRetro and Mega Cat Studios in 2017.

Port for the Commodore 64:
Programming by Antonio Savona. Graphics by Saul Cross. Music by Gryzor and Saul Cross. Package design by Jason MacKenzie. Published by Double Sided Games and Psytronik Software in 2019.

Port for the MSX computers written by Enric "RetroDeluxe" Geijo, and published as freeware in the MSXdev competition in 2020. (to be updated...)

Also released for Linux, MacOS, OUYA, Pandora, Nintendo Wii, GCW0 and Sony PlayStation Portable. The game is also reported to be in the making for at least ColecoVision, Commodore Amiga (AGA) and Sega Dreamcast.


Due to the imminent arrival of yet another Halloween, and despite my previous lack of planning ahead, I decided to rush out a comparison of a few select versions of one of the most celebrated retro-styled horror-platforming games of the last decade: l'Abbaye des Morts. The reasons for only doing a comparison of a select few versions are simply, that most of the versions are basically carbon copies of the original, that it would be stupid going through all of them and finding nothing of importance, and secondly, I personally don't have access to most of the required hardware. So we only focus on the most retroest conversions currently available, in addition to the original. 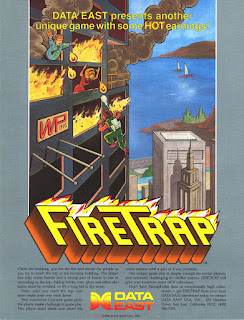 Originally developed by Wood Place Inc. for the arcades, and published by Data East.

Conversion for the Commodore 64 programmed by Mike Chilton, with graphics and music by Chris Gill.

The home conversions were published by Electric Dreams (Activision) in 1987.


Due to the increasingly uncertain future of Retrogame Talkshow, I decided to get properly back to writing comparisons whenever I felt like it, which means that they will be released as quickly I can get them done. In the odd case that there isn't a video comparison available on YouTube for any specific game I'm writing on, I shall compile a companion video for it. Now, this reboot comparison was chosen this time due to its placing in the alphabetic list, and more importantly, the number of versions available, just to give me a continuation of an easy restart - hopefully.