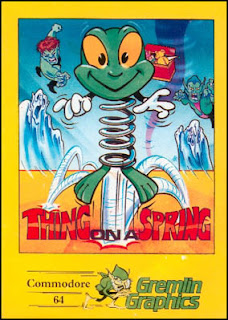 Developed by Micro Projects Engineering:
Design by Mark Rogers
Coding and graphics by Jason Perkins and Anthony Clarke
Music by Rob Hubbard
Originally released for the Commodore 64 in 1985.

Converted for the Amstrad CPC by Pedigree Software in 1986, with music by Ben Daglish.


Now that every RESET subscriber has their copy of the original comparison, I guess it's safe to publish the very slightly edited blog edition. (The corrected credits for the C64 original were updated on the 3rd of September, 2019, with help from the reader "Non sono Mandrake", whose source for the information was an interview in Retro Gamer magazine issue #99. Thanks again.) Gremlin's first big C64 title for 1985 came as a slightly shocking surprise, if the writers' reaction from Zzap!64's issue #4 is anything to judge something that happened 30 years ago by. Apparently, the gaming press of the time wasn't all too happy about Gremlin's earlier output on the C64. But the shock was quite a positive one, since the game was given a 93% overall score and a Sizzler award to go with it, and the main character also became a regular graphic element to be printed in the margins of Zzap!64. The Amstrad conversion came out the next year to a much lesser fanfare, but whether this was so for a good reason or not, remains to be seen. 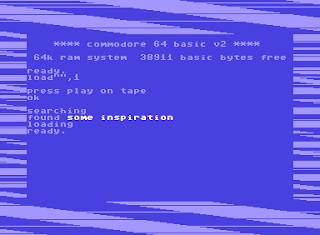