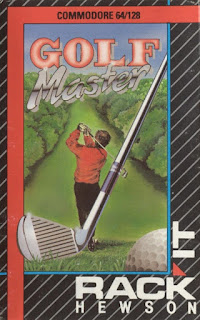 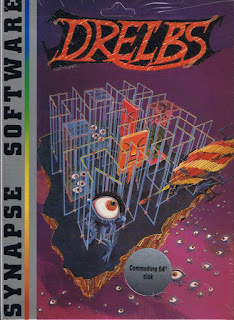 Published by Synapse Software in the North American market and by U.S. Gold in the European market.

Remake for the Commodore Amiga written by Simon Chin, and released into public domain in 1995.


Here we have another cult classic from Synapse Software's catalogue, this making it the sixth game from Synapse to be featured on this blog. It is perhaps a bit odd that it took so long to come to this one, at least from my point of view, because it's one of the games that was requested early on in the blog's life, but for a long time, I wasn't aware of the unofficial Amiga remake or even the Apple ][ version. I remember this game having been a great favourite of mine and also a few of my friends back in their active C64 days, which makes it strange to realize that it wasn't much of a hit back when it was originally published, so in the hopes of spreading out the good word, here's my contribution to advertising this game. 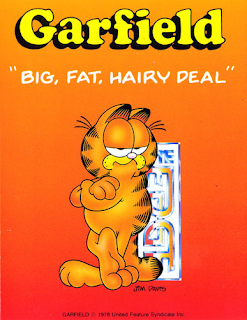 Designed and written for the Commodore 64 by Stephen Cargill. (This has not been divulged anywhere, but it's an assumption based on information in other versions.) Music by Neil Baldwin and sound effects by Jas C. Brooke. Released by The Edge in 1987.

Converted and released for the ZX Spectrum, Amstrad CPC, Atari ST and Commodore Amiga in 1988: Design and programming by Stephen Cargill, with additional programming on the Amiga version by John Jones-Steele. Amiga and ST graphics by Jack Wilkes, Amstrad graphics by Mat (Sneap, perhaps?) and Spectrum graphics by Neil Strudwick. Amiga music and sound effects by David Whittaker. Released by The Edge in 1988.


The first of many games featuring everyone's favourite overweight feline was expected with some enthusiasm in 1987, and not only because the first attempt for the Atari 2600 was cancelled three years prior, and the second computerized version of Garfield wasn't a game at all, but a cartoon studio of sorts. The company to take over the first Garfield game to actually be released was The Edge (currently Edge Games), later to become more known for their enforcing trademarks relating to the word "edge". But at the time, The Edge were still known to produce some pretty good games like Bobby Bearing, Fairlight, Brian Bloodaxe and Mindstone. So, when Garfield was announced, there was promise of high quality cartoon graphics and an adventure worthy of Garfield's name, and these promises were even fulfilled to some extent. Having a beloved cartoon (or comic strip) turned into a computer game was still somewhat of a novelty at the time, so it didn't bother too much that the game was practically a modified version of Pyjamarama. Deeper within the surface, though, Garfield's first proper game proved to be a more brutally aggravating game for some than what one would have expected from a Pyjamarama variant, and has been considered either a lost opportunity or a wasted effort by many. My experience of the game has been woefully limited to the C64 original so far, so this entry is not just an attempt to prove that it's still a rather playable game, but also to educate myself and others like me of the differences between all five versions of one big, fat, hairy computerized deal.