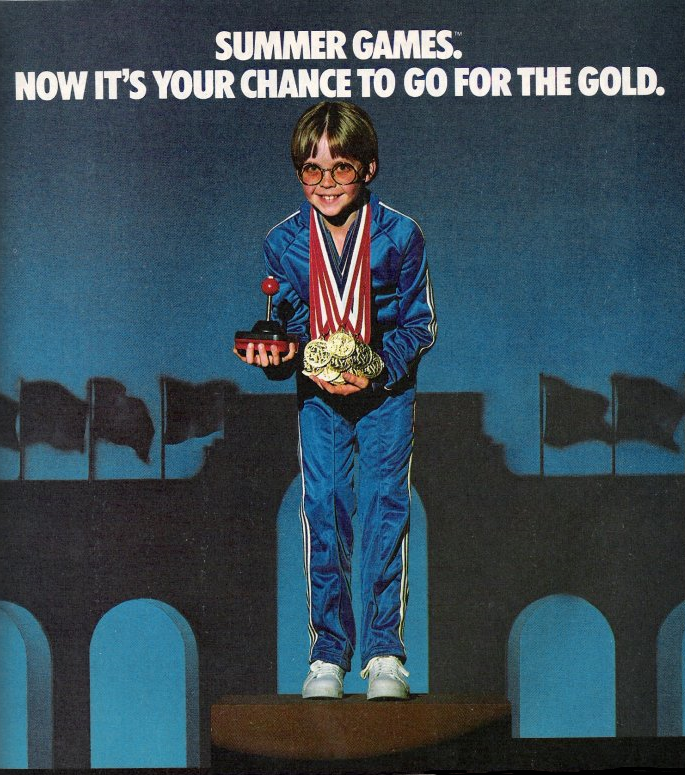 In Part 1, we took a deep look at all the 11 versions' events and playability, leaving us to deal with graphics and sounds, and calculating the overall scores. With this entry, I shall take my leave for a well earned summer holiday, and hopefully leave you hungry for more. =D

And yes, that is a real Summer Games advertisement from 1984 - you just have to dig it! But now, let's try to bring this one to a conclusion... 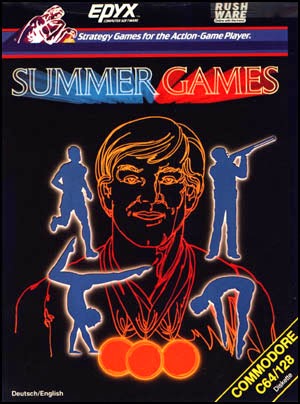 Designed for the Commodore 64 and Atari 8-bit computers by Scott Nelson, Stephen Murphy, Brian McGhie and Jon Leupp. Coded by Stephen Landrum; Graphics by Erin Murphy; Music by Randy Glover. (At least according to most sources.)

Re-designed for the Windows Mobile devices in 2005 by Epyx; released through AIM Productions NV.
Emulated version of the C64 original released on the iPad/iPhone devices in 2012 through Elite Systems Ltd.

Due to popular demand, here is another major seasonal undertaking, as I did with Winter Games during the last Christmas period - this one nicely just in time for the summer solstice period. I thought about doing Summer Games II first, because I enjoy it more, but then I yielded, because this one had to be done first. After all, it started the famous Games series from Epyx. As with Winter Games, this game will be done in two parts, and the second part will be posted by the end of June. This will be the last game comparison before I take my first proper break from the blog, so take your time enjoying this one! 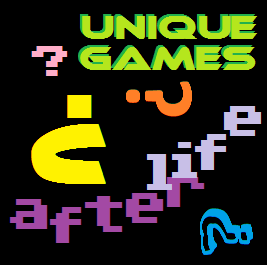 Before the month's main event, I wanted to give you something completely different, which might not be to everybody's liking, but is certainly related to retro gaming machines. I have been pondering on the worth of writing about new games for old machines, since most of my retro gaming friends aren't that interested in the new software, but I suppose that this could be considered a thank-you of sorts to the communities that keep on giving new software to those of us who actually do enjoy them on a regular basis. So, this one is dedicated to you, retro machine software developers! 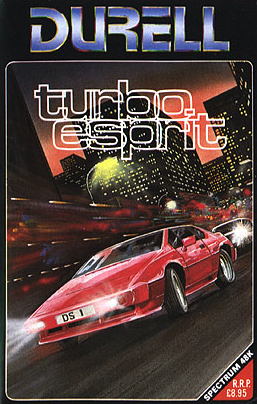 A lot of you might know how this one will end before it even begins, but let us just say, this entry is an introduction to the game for those of you readers who have for some reason never really tried this game out properly. Myself included, in fact. Durell's Turbo Esprit can be called the progenitor for games like Grand Theft Auto for a good reason, as it was the first free-roaming 3D driving game ever. The reason why I never got around to properly give it a try is mostly because I missed the greatest hype period when it was new, and later on, the look of it just never really appealed to me. I'm not even much of a fan of the GTA series. But now, because I had the feeling the Spectrum was once again getting left out of the spotlight, I decided I would finally give it a proper go, and give an honest review of how the game feels for a beginner, 28 years after the game was released, and compare the three releases while at it. 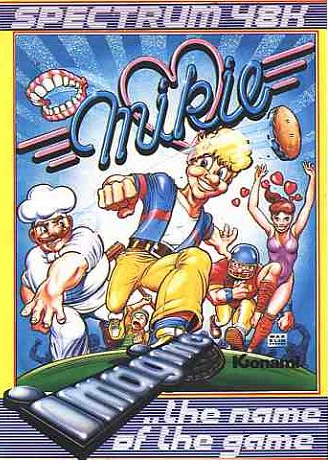 Originally developed and released for the arcades by Konami in 1984 as "Shinnyushain Tooru-kun".

Converted for the Commodore 64 in 1986 by Imagine Studios:
Produced by D.C. Ward
Programming by Tony Pomfret
Graphics by Stephen Wahid
Music by Martin Galway
Title screen by Andrew Sleigh


Converted for the Amstrad CPC in 1986 by Imagine Studios; credits unknown.

Converted for the Acorn Electron and BBC Micro computers by Jon Woods and Peter Johnson, and released by Imagine Studios in 1986.

Unofficially ported from the Sega conversion for the MSX computers in 2004 by SLotman of MSX Files and translated into ROM format by Muffie in 2008.

Now that school's out for summer, it seems like a good time to feature the first school-themed game on the blog. A few months ago, one of my bandmates suggested to do a comparison of this old Konami gem, which frankly surprised me that I hadn't thought of doing before, because the game features something quite rare for any video game of the time: a licenced use of Beatles songs (namely A Hard Day's Night and Twist And Shout) in the soundtrack. So anyway, thanks to Jaakko for the suggestion.