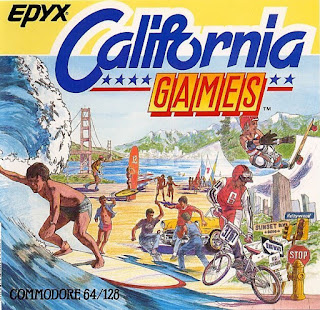 Previously, we left California in a state of discord and mayhem, as the 8-bits were taking the lead over the 16-bits. Of course, like so often before, the games originally developed for a certain kind of a machine rarely translates well onto other platforms, but some of the console versions were of a surprisingly good quality, and were sometimes even better than the original. While working on Part 2, I have also updated Part 1, since I posted it a bit hastily before having figured out all the gameplay aspects of all versions, so you might want to read it through before heading on to the conclusive part. But if you're more interested in graphics and sounds, as well as the overall scores, feel free to continue with this entry. 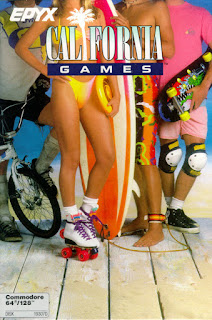 Converted for the Amstrad CPC, MSX and Sinclair ZX Spectrum computers by Choice Software in 1987.

Converted for the Atari ST by Choice Software, and published by Epyx, Inc. in 1988: Programming by Colin Gordon. Graphics by Sharon Connor. Music by Ben Daglish.

Atari 2600 version written by Peter Engelbrite and Steve A. Baker, and published by Epyx, Inc. in 1988.

Sega Master System conversion programmed by Mark Cerny, and published by SEGA of America, Inc. in 1989.

Converted for the Sega Genesis/Megadrive in 1991 by Mihály Brudnyák, József Molnár and László Szenttornyai, with graphics and animation by Talent, sounds by András Magyari and film linking by Gyuri Szollosi. Published by SEGA of America, Inc. in 1991.


Since the first seasonal Epyx two-parter, I have attempted to have one of these at least once a year. A year ago, the obligatory Epyx sports game comparison of the year was Summer Games II, and since then, I have had requests to write yet another one, more particularly of California Games. I'm not sure, whether this will be the last one I make, or not, because there's still World Games to consider as being part of the original series; it all depends on how long I have the energy to write this blog. But a comparison of California Games is what people have asked for, so it's what you shall be given this summer.