The Way of the Exploding Fist (Melbourne House, 1985) 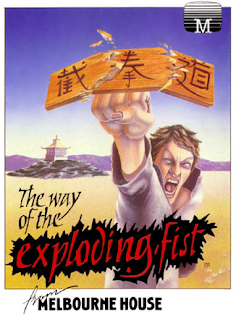 Originally designed by Gregg Barnett and written for the Commodore 64 by Beam Software:
Programming by Gregg Barnett and David Johnston, Graphics by Greg Holland, Music by Neil Brennan. Published by Melbourne House in 1985. Also published as "Kung-Fu: the Way of the Exploding Fist" in North America by Spinnaker Software (UXB).

Converted for the Acorn BBC Micro and Electron by Michael Simpson, and published by Melbourne House in 1985.

Converted for the Commodore 16 by Richard Costello, and published by Melbourne House in 1986.

Unofficial (?) Sharp MZ-800 port written by Michal Kreidl, and published by MikrSoft in 1987.

Unofficial Commodore Plus/4 port "The Way of the Exploding Fist +4" written by Thomas Sasvari in 1993.

NES version was originally developed by Beam Software, with the last prototype being from 1990. The prototype was modified to be finishable, and the final release was made in 2019 by Piko Interactive. The Piko version has also been released for the Evercade handheld console in 2021.

If you have been following this blog for longer, you might remember I did a comparison of the much more adventure-oriented sequel to Exploding Fist for the Reset64 magazine many years ago. My excuse for putting off writing about the original game must be the lack of confidence in giving this classic game the high quality comparison it deserves, but since this comparison was also requested many moons ago, I have since started to make video accompaniments, which enables me to finally take the plunge and just get on with it. And while it's not particularly seasonal, I figured this would be a good way to begin 2021 with properly, so... Happy New Year!

Merry late Christmas 2020 and best wishes for the year 2021, all you readers and YouTubers out there! Here's a little late Christmas thing for you to watch, although it's not a particularly Christmas-themed video. This video was constructed upwards from a request from a fellow on the Lemon64 forum, which hopefully gets his approval. 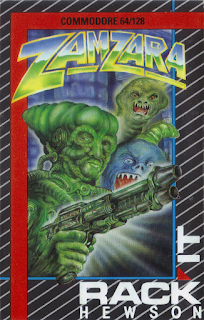 For the first time in a long while, I'm getting back to the "computer of the state" on my traditional Finnish Independence Day entry, and this is also the first time since 2016 that I'm writing about a game by Jukka Tapanimäki, one of the original heroes in the history books of Finnish C64 game development. Mind you, it will probably also be the last, too. 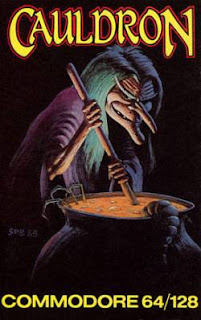 Design and graphics by Steve Brown
Programming by Richard Leinfellner
Music and sounds by Keith Miller
Published originally for the Commodore 64 by Palace Software in April 1985.
Published in North America by Broderbund in 1986.

Conversion for the Sinclair ZX Spectrum:
Programming by Simon Dunstan and Tony Barber as "The RamJam Corporation"
Graphics by Steve Brown
Published by Palace Software in June 1985.

Conversion for the Amstrad CPC:
Programming by Richard Leinfellner
Graphics by Steve Brown
Music and sounds by Richard Joseph
Published by Palace Software in November 1985.

Also released as "Hexenküche" in Germany.

Unofficial version for Commodore 16/+4 written by Thomas Sasvári and released as "Hexenküche" by TCFS in 1990. (NOTE: This was brought to my attention after the original post by a reader, and the entry has been updated accordingly.)

The sudden appearance of yet another Halloween in the calendar prompted me to dig out this beast of a game from my to-do list. Cauldron was never one of my particular favourites in its genre, due to reasons you will likely understand shortly by reading this article, but for its history of conception, it deserves to be featured on the blog. Besides, it's b-side (Evil Dead) has already been compared many years ago, and of course, what would Halloween be without a properly thematic entry? 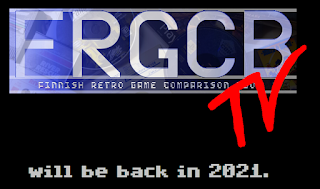 This year, I have been concentrating more on creating video content for FRGCB's YouTube channel than last year, which has made things a bit slower here on the actual blog. Well, that will not be changing for at least another year or so, but I will be attempting a change of pace in some manner. But for now, the FRGCB YouTube channel's exclusive content will be taking a break of at least a few months, and you can expect My Nostalgia Trip Games and Let's Play series continuing sometime before the second quarter of 2021. Until then, comparison accompaniment videos will proceed when necessary. All the videos released so far can be found in the Videos section. Thanks for watching. 👍 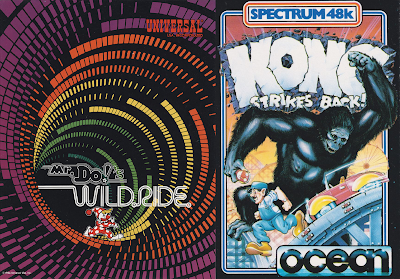 Originally developed and released by Universal Co., Ltd. for the arcades in 1984.

Ported for the MSX computers by Masamitsu Kobayashi, and published by Colpax in 1985.

Re-branded, developed and published by Ocean Software as "Kong Strikes Back!" for Commodore 64 and Sinclair ZX Spectrum in 1984, and Amstrad CPC in 1985, with cover art by Bob Wakelin.

An odd choice this time. Mr. Do is one of those arcade characters that don't necessarily connect to all that many retrogamers, particularly those who grew up with the NES or Sega's equivalent. Somewhat perversely, the original Mr. Do game did find its way to Super NES and even Game Boy in the 1990's, and it's also one of those games that had its fair share of direct clones for various machines, which is why I chose not to write about the original game - at least, not yet. Instead, I chose the third game in the series (which features five games all in all) - Mr. Do's Wild Ride, which I got to know first as Kong Strikes Back! on the ZX Spectrum as a wee lad. It took me a good while to find out the origins of this game, well into the 2000's, because Mr. Do was never as interesting to me personally, as anything based on Donkey Kong was. Only when I found out a couple of months ago, that the game was actually ported for the MSX computers with its original title, I began considering writing a comparison of it, and here we are. 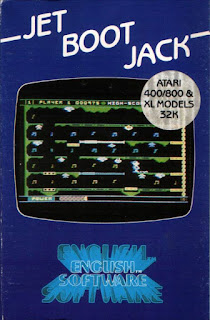